Hang on to Your Tax Deductions in a Disaster Area Are these changes in the weather caused by global warming?  We’re not sure. However, it seems that the southeast United States is increasingly faced with the potential impact from severe storms, tornadoes and hurricanes.  As a result, the term “federally declared disaster area” is becoming far too familiar these days. Meanwhile, the ability to deduct casualty losses on your tax return has become front and center.  What are casualty losses?  The IRS defines a casualty loss as the damage, destruction, or loss of property resulting from an identifiable event.  In other words, this event must be sudden, unexpected, or unusual.

So, how does the new Tax Cuts and Jobs Act (TCJA) affect you if you suffer a loss from a damaging storm?  Well, there are two main changes that may affect the ability to deduct casualty losses.

Likewise, casualty losses are deductible only if the loss is attributable to a federally declared disaster area. To permit assistance by the federal government, a disaster loss must have occurred in an area designated by the President of the United States as a disaster area.   According to the IRS, if a tree falls on your home during a storm and the storm was not declared a disaster by the President, the loss you incur would no longer be deductible.  Unfortunately, for losses incurred from 2018 – 2025, the new law basically eliminates casualty loss deductions.  However, if the loss occurrs in a federally declared disaster area, then you can take the  loss.

To clarify, if you do suffer a loss to your home that is located in a federally declared disaster area, calculating the deductible portion of the loss can be complicated and confusing.  You must file Form 4684 to calculate and report your casualty loss.  Use Schedule A to itemize your loss deduction. The IRS has approved five safe-harbor methods for measuring casualty losses.  For more information on these changes, you can reference IRS Publication 547 “Casualties, Disasters, and Thefts”using the following link: https://www.irs.gov/pub/irs-pdf/p547.pdf

To summarize, get advice from your tax professional to help you choose which method is appropriate in your situation.  Further, if you do have significant damage to your home, it is best to have a formal appraisal from a competent appraiser.

The most important step is to be prepared and stay safe. 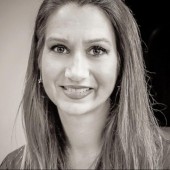 Darlene is a shareholder and senior accountant with RW Wealth, a Registered Investment Advisor and Certified Public Accounting firm. She works in the preparation of individual, business, not for profit and estate/trust income tax returns. Darlene is our resident expert in QuickBooks accounting software and assists individuals and businesses with their bookkeeping and accounting needs. In addition, she enjoys fishing/boating and trips to Disney World with her family.